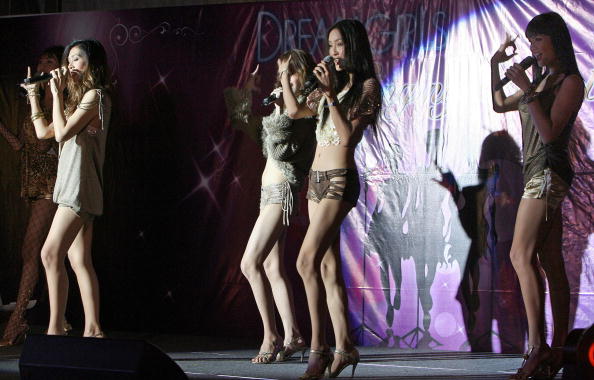 A world of difference

While some people just hope for change, others, such as Yollada Suanyot, work for it 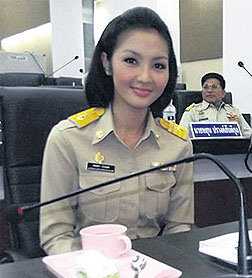 Girl and boy. Beauty and brains. Money making and social benefit generating. After all these years, Yollada “Nok” Suanyot has grown up and become a good mix of many opposites.

“I have become a lot more mature and decisive during the past years. In the past, my jobs only dealt with physical appearance. Each day when I woke up, I only thought of how to make myself look good and appealing to others, because it’s part of my jobs in showbiz. Now things have considerably changed and I look at the world from a totally different perspective,” said Yollada, founder and president of the Transfemale Association of Thailand.

First introduced to the public as Miss Apza Transvestite (Miss Alcazar Purple Star Award) in 2005, two years later the beauty queen became an artist with Venus Flytrap – Thailand’s first katoey band with a record deal. Several years later, she transformed herself into a human rights activist by founding the Transfemale Association of Thailand and introducing to Thai society the concept of “transfemale” which she referred to as a person being born female, but trapped in a male’s body.

And today, the now 30-year-old is wearing many different hats. Aside from running her own jewellery business and a jewellery channel aired via local satellite, Yollada is now working as one of the 24 members of the Nan Provincial Administrative Organisation (PAO). Elected last year, her job is to oversee and inspect whether the provincial management’s works are appropriate and transparent.

A master’s degree graduate from the Faculty of Political Science, Ramkhamhaeng University, and currently a PhD student at Ramkhamhaeng University’s Faculty of Humanities, Yollada mentioned several years ago that she wanted to become a senator to help people and to push forward Thailand’s development. But being a member of the Nan PAO – her very first step towards the country’s political circles – is not part of her plan to climb the ladder to a higher political rank.

Born into a middle-class family in Nan province in which her father is a police officer, Yollada has seen her dad dedicating his time and energy to helping people in the neighbourhood since she was young. As Nan is a small province, whenever local people have problems, they go to her dad. And this has shaped Yollada’s dream to become someone that can contribute to the society at large.

Her childhood dream, she conceded, has also been fuelled by her doubts in Thailand’s bureaucratic system – especially in the impact its inefficiency has on her hometown.

“A couple of years ago Nan became one of the most popular tourist destinations, thanks to Phra That Chae Hang – a lucky symbol for the Year of the Rabbit. Visitors from around the country flocked to Nan and so a large number of hotels and restaurants opened in response to the rising number of tourists. But in the following year, Nan suddenly became extremely quiet. People who suffered the most were the locals, as well as hotel and restaurant operators alike,” Yollada explained.

Yollada questioned the system as well as problem-solving mechanisms enforced by Nan’s local government – especially why it took so long to fix the tourism-related situation. The best solution was for her to become part of the local government.

“In the election campaigns, I did not say what I would do if I was elected,” noted Yollada. “I only addressed the problems I saw in the area. Members of the Nan PAO are not entitled to spend the money. Our job is only to see if the budget is spent properly and transparently.”

A woman of many projects, Yollada has been working actively as a local politician. She has been speaking to people to promote the importance of temples in the neighbourhood so as to bring the religious sites back into the spotlight as a place for people of all ages to gather, which will also strengthen the community. She also helps to promote tourism by setting up a plan to create a smartphone application to introduce Nan to outsiders. Currently she is also turning her own house into a museum, which will feature local traditions and culture. The museum is expected to open later this year.

But along her road as a local politician, Yollada has also seen and experienced the negative side of politics – so much so that she is not able to guarantee her future in it.

“One day I might become so sick of politics that I do not want to be involved there anymore. But now that people offer me this opportunity to work for the community, I will do my best with the opportunity I was given,” said Yollada, recipient of this year’s award from the Women’s Voice Association of Thailand. The award recognises people who play a crucial role in promoting and improving the role of Thai women.

And even though Yollada devotes much of her time and energy (and sometimes money, too) to working as a local politician, she never forgets her commitment to improving the rights of people with sexual diversity. Although success in legal and social rights might take a long time, Yollada regards the work she and other like-minded networks have carried out in the past few years as a good stepping stone for the bright future.

“Several issues regarding people with sexual diversity have been raised and mentioned every now and then. I think everyone who has been working for this human rights subject are still very active. Take the issue of graduation outfits, for instance. It took three years until finally some universities allowed the transgendered to cross-dress at the ceremony,” she said.

Yollada herself is proof that Rome wasn’t built in a day.

“I said many years ago that I wanted to become a senator. My position in the political circle today might or might not be a step closer to becoming a senator, but this is what I really want to pursue.

“The most important lesson I have learned is that if you want to see some changes, create them. Some might take longer than others, but if you push hard and do it to the max, the outcome will definitely be worth all the sweat.”

Yollada “Nok” Suanyot, 30, and Ronnakrit Hamichart, 21, have been seeing each other for over a year. While Yollada tags herself as a transfemale, Ronnakrit is a transmale who refers to himself as being born a man but trapped in a woman’s body.

“I have no definition of love. When it comes to love, I just love. Nothing more,” said Yollada. 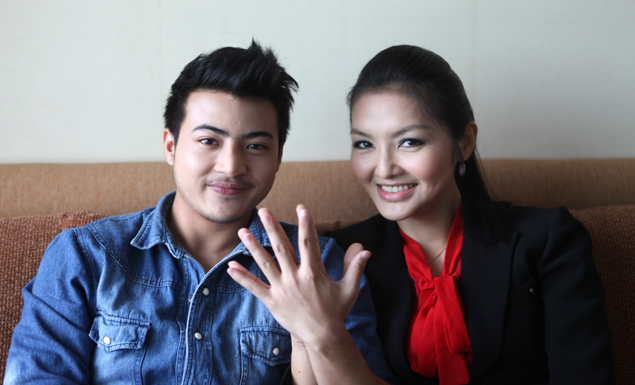 The couple first met each other at the Transfemale Association of Thailand where Yollada serves as the president while Ronnakrit works as a volunteer. The romance blossomed primarily because of their common interests and mutual understanding towards aspects of life.

Ronnakrit is currently undergoing the process of a sexual reassignment surgery which, according to him, involves several complicated steps, including a number of surgical procedures.

In terms of human rights, both Yollada and Ronnakrit want to obtain legal rights to verify their new gender identity after sex-change operations. Simply speaking, Yollada wants to be legally labelled as Miss and Ronnakrit as a Mister. Their identification documents currently identify them the other way around.

Their one desire for their relationship is that they are allowed to get married and build a family of their own on the condition that they are properly recognised by their new gender after the surgeries.

“The verification of our new gender after sex-change surgery is very important,” said Ronnakrit. “Without it, we are deprived of the rights to pursue many things, including child adoption, proper marriage, life insurance and other social benefits.”

For a video about their relationship and the obstacles they have been through, visit www.bangkokpost.co.th/multimedia