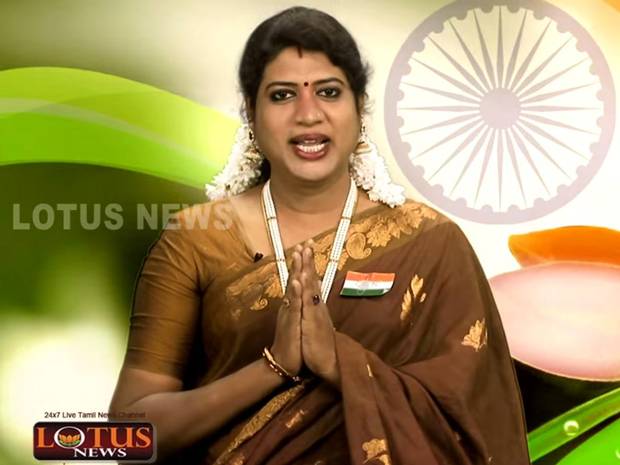 Padmini Prakash, 31, worked as a dance instructor and acted in soaps before being recruited to Lotus News in the southern state of Tamil Nadu.

She told the Times of India she was disowned by her family when she told them she was transgender and has faced discrimination throughout her life.

But she has won widespread praise since her first broadcast in August.

“I was very worried because I also had to focus on my diction and maintain a steady narrative pace to ensure that there was clarity and viewers could understand me,” Ms Prakash said.

Her popularity with viewers ensured a rapid promotion to become the face of the daily 7pm news bulletin.

G.K.S. Selvakumar, chairman of Lotus News, told the Times of India the channel was “very supportive”.

“After initial trials, we were convinced that she had the potential to be an excellent news anchor,” he said.

Ms Prakash has been involved in transgender rights activism in the past, protesting against the discrimination, harassment and stigma experienced by sexual minorities in India.

Campaigners estimate there are hundreds of thousands of transgender people in the country but because they were not legally recognised until earlier this year, they have been ostracised, faced abuse and often been forced into prostitution.

In April, the Supreme Court’s landmark ruling recognised ‘transgender’ as a legal third gender and called on the government to ensure equal treatment.

The Gender Recognition Act 2004 granted full legal recognition to transgender people in the UK and the British system, unlike many others, does not require gender reassignment surgery.