Do Ladyboys plan for the future? 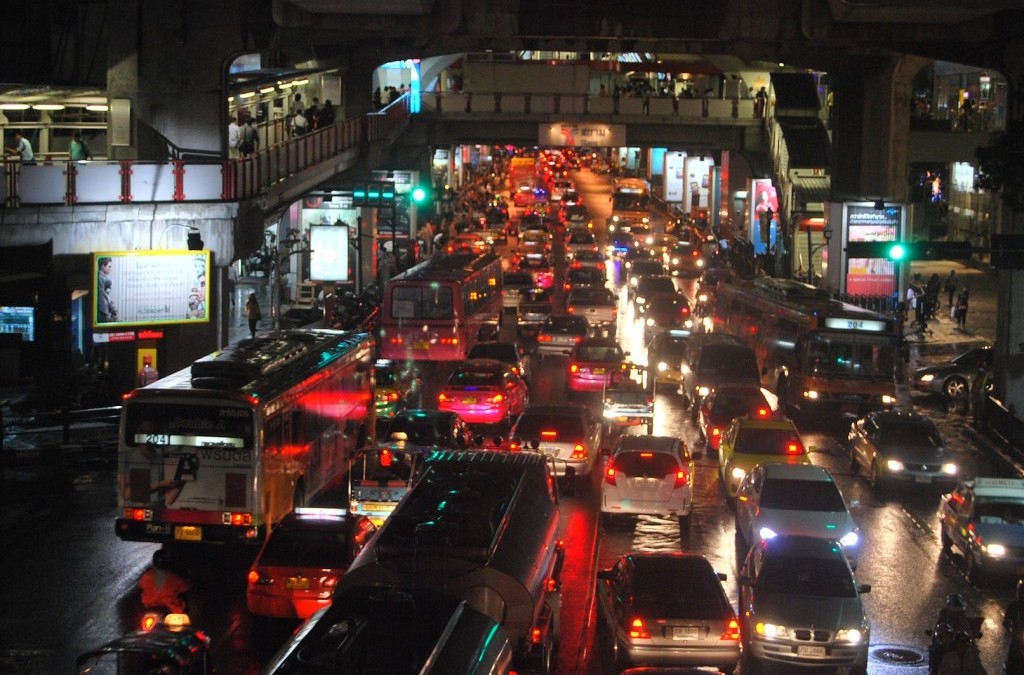 Many of us westerners do all we can to direct and control fate or to limit it’s negative effects. If you doubt this, consider the multi-million business of insurance in the West.

The average Thai ladyboy, girl or man is no closer to adopting this attitude to life than were their ancestors a hundred or two hundred years ago.

Next time you hire a scooter in a Thailand beach resort, ask for insurance and you will probably be met with a blank gaze.

At first glance such insouciance may seem to belong in the stone-age, but spend a little more time in the kingdom and you may begin to question the wisdom, and even the sincerity, of your previously held Western attitudes.

Think a little about life in the West.

The job market demands that we constantly train and retrain, presenting ourselves as dynamic, enthusiastic go-getters who are well educated and experienced in our field. It also demands that we remain young and malleable. Negativity about our situation is almost considered a criminal act.

We raise our children at great expense and personal sacrifice of our freedom. We may not regret it and yet the cost is undeniably high both financially and emotionally. We strive to achieve status, buying the house and cars as required by our corrosive social mores.

Later, married, having given up alcohol abuse, nicotine, fulfilling sex and recreational drugs, having learned the coded language of our politically correct workplace, having become careful of what we say to members of the opposite sex lest we invoke the waxen colossus of feminism we may wonder, painfully, where our life went.

We may also feel cheated when we discover that all the work, all the years of, ‘doing the right thing’, have amounted to nothing. This is the moment that must arrive in all intelligent men and yet is jeeringly called ‘the male menopause’ when in fact it is a true existentialist crisis.

This is also the moment that precipitates our children’s loathing, our spouse’s desertion with said children, the car and all the cash in the joint bank account or our ejection from the family home. It is probably also the moment when our insurance company fails to pay out for our loss due to flood, tornado or terrorist attack.

It may be true that in a kingdom with little social welfare a Thai citizen may well be crushed by accident or illness, where a farang might have a degree of protection, but in between the bumps a Thai still lives his life in the aforementioned state of sublime insouciance.

We may observe that the Thai is living in a fool’s paradise but the Thai may reply that we have built ourselves a living hell?

We may spend some time staring over the parapet in envy before we make the leap toward the east but when and if we finally do so it will be because we have seen the lunacy inherent in our own philosophies. It may be the time we first become interested in ladyboys. Why? Perhaps because despite the prejudice they suffer even in Thailand, they seem to possess a special kind of power. They are neither male nor female and yet they are more than the sum of all of their parts. They often have a freewheeling attitude to life and even more than the average Thai, they live in the here and now.

After reading yet another diatribe against western men in Thailand I am disgusted by the hypocrisy of the western press and western women who are constantly in a lather about sex tourism and the harm it does the ladyboys, men and women involved.

Why don’t they express such concern over the factory workers and clothing trade workers, both men and women who work twelve hours a day for about 300 baht (£7.00) or less than 60pence an hour. If that’s not selling your body, I don’t know what is. The risks to their health these people endure are unspeakable and evidenced by the large number of limbless and faceless beggars on Bangkok’s streets.

The west and westerners do not care about the exploitation of Thai women and ladyboys, they just have a problem with sex!

Despite this phobia or perhaps because it’s a fetish masquerading as a phobia the sex trade is used as a titillating way of selling ALL media texts about Thailand, that eroticised, sensualised country that we love and hate in equal measure.

The western media love to embarrass and shame white men who come here to hire girls or ladyboys for sex.

This one will probably escape castigation . .

But he’s doomed to abuse .

and so are these walking targets . .

and they didn’t even do anything yet!

Western women cannot handle it that their men have a better time over here in Thailand because so many of them are too mean spirited to give their men pleasure!

As for the global picture; of course it is about money. Thai people make very little from the clothing industry or rice production as western companies take the largest cut but in the sex trade there is a true redistribution of wealth from west to east and that is the real reason why the sex trade and western men who partake in it are so constantly and consistently demonised. Not because of trafficking or child sex so often aligned in the media with prostitution.

A number of factors including the current economic demise of the west, shifting values and the forward march of late capitalist thinking regardless of the cost have brought about what is perhaps the largest global explosion of prostitution in the world. The story is perhaps not reported because it does not dovetail with current moral thinking but huge numbers of women are on the game not because they need to be but because they choose to be. I am not talking about the average Thai demi-whore who has sex for money because she has limited options and works twelve hours a day for peanuts, but about the educated Western, Chinese or Thai university students who fly to prostitution capitals like Singapore to earn the money for a new car. Escort businesses flourish all over the world and these women embody the free, individualistic spirit of commerce. Thailand is full of young women, men and ladyboys living the dream that has been sold to them by the western capitalist media that tells every young woman she has the right to dress sexily, own an I Phone and drive a nice car.

Ironically, feminism tells her she should go get it, to seize the moment, book that exotic holiday she deserves, grasp her independence, be an entrepreneur. There is often only one profession, however, that will furnish her with the kind of money required to match the kind of lifestyle shunted out day and night by the media and that is prostitution. So who are the real pimps, the real whoremongers?