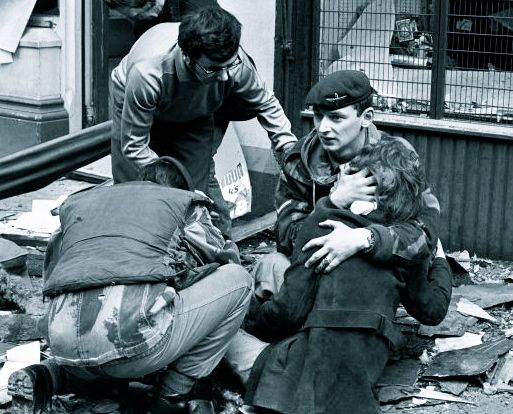 and that this place and time were invincible.

They left us to walk those troubled streets as strangers

But the stories we were told about ourselves and our place in the world stopped making sense and so we walked . . .

but we listened to other voices, the voices of our cult. 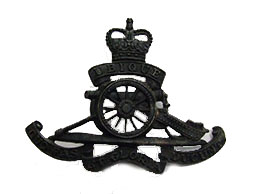 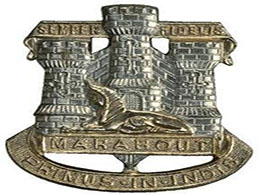 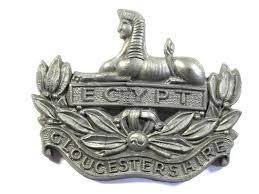 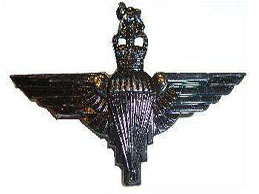 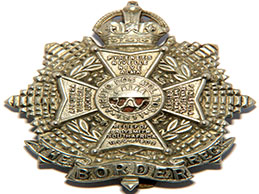 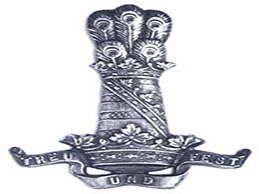 The names of roads and pubs that bisect estates and shopfronts have become a shorthand for memories.

The Linnet and  Cpl. M telling us to move forward, his face, menacingly ebullient as was his way.

We were told that anyone giving us lip or anyone who so much as spoke to soldiers was to be arrested. We carried a round in the breach at all times and usually we would wait until we got out into the street to cock our weapons as the noise let everyone nearby know we meant business.

On some estates we never went in the road, we kept to the back gardens, hard-targets. They would often dump shopping trollies and barbed wire in their gardens to make life difficult for us.

Of all the people in Belfast it’s difficult to find anyone more anti-British than those living on some estates. Huge gun battles raged there. Many houses have had their roofs virtually ripped off by machine-gun fire and the schools even have bullet holes in their front doors.

There is always one particular place on a street or in an estate estate called ‘the gap’ or ‘the hole’ where from the space between the blocks of flats snipers have shot soldiers wounding and killing hundreds.

There is always a sense of ‘clenching’ oneself in those places, waiting for the blow, praying for the blessed break.

Do you remember the anti-capitalist march that happened on May the 1st 2000 in London, and how some monuments where defaced? Winston Churchill had strip of grass over his head giving him a Mohican haircut. 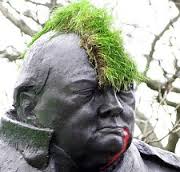 Graffiti that had been spray painted on to a war memorial made the newspapers as well.

Toilet doors, one male, one female on the memorial to the women who lost their lives in WW2.

Well, the damage to MacDonald’s and Starbucks was taken as par for the course, but the desecration of a war memorial was a step too far for most newspaper readers. Maybe it stirred up the memories of the thousands of people who had died during WW2. The spray painted doors metaphorically ‘opened’ a passageway to the past, and the ghosts of thousands of soldiers walked through them into this world. A Haunting had begun that resonated in the minds of those sensitive enough to feel it. 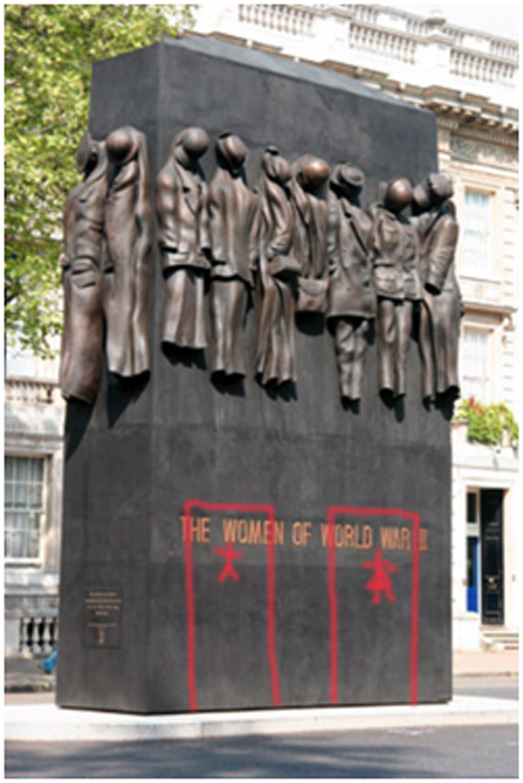 The dead haunt us; they are woven into the fabric of places; in Belfast you can take a tour of the ‘troubles’ and see the murals. If you do, you won’t see any commemoration for British soldiers but you may just catch sight of a ghost, from the corner of your mind.

Doing house searches always disturbed me . . . it made me think about my parents . . my own home. It was worse somehow if the people showed even a little bit of kindness, which they sometimes did. It made me feel like something was breaking inside me. It felt like the shattering of a dream that I can no longer remember, re-remember, re-remember . . . . .note to self, re: memory; it isn’t what it should be.

Riots were frightening, exciting. I remember waiting in the back of a vehicle at the top of the Falls road to act as (QRF) a quick reaction force if a march got out of hand. Adrenalin was pumping through my body.

There was excitement and tension in the air. I looked at the faces of my friends. We all were sweat-black running into our eyes that said,

From inside the vehicle we didn’t have a clear view but when the engine revved we knew we were going through the barricade.

I remember seeing soldiers with shields and feeling the most intense wave of adrenalin as we were swept along on the tide of events.

My legs were shaking and I have a memory of our Captain ordering us forward and out of the vehicles.

As soon as we debussed I was overwhelmed by a noise coming from the west, up near the flats.

I will cut a passage through the heart of man.

I will fashion a bone crucifix

I will worship on an altar of blood,

I will surrender to the supernatural mystery of life and death.

It was a very heavy, rumbling kind of noise like a big train. Then I heard sounds of people shouting through bull horns and I realised it was the sound of the marchers on the move. The crowd is an animal, if you have ever been at a football match, you understand. Now imagine that crowd of 15,000 directing all it’s hatred and aggression at you. It’s a monstrous animal. It’s looking for you, you, you! It is coming close now. . . . . . . .

The sound and percussion of our weapons firing stuns the crowd.

The shockwave that bounces back of the buildings is powerful, resonant, sacred.

The animal is shocked into silence.

Our cult rejoces: we are become David.

During shooting or a gun battle, this is what happens, a man is blown out of his clothes.

A high velocity weapon blows a man, literally, out of his shoes.

Just a stain and a pair of shoes. 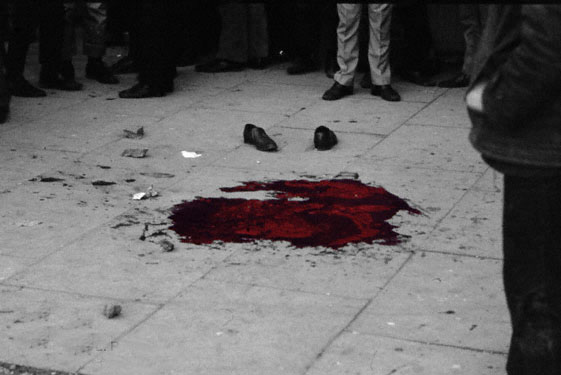 An’ its Tommy this, an’ Tommy that, an’ anything you please;

An’ Tommy ain’t a bloody fool – I tell you, Tommy sees!