What does ‘Sabai’ mean? 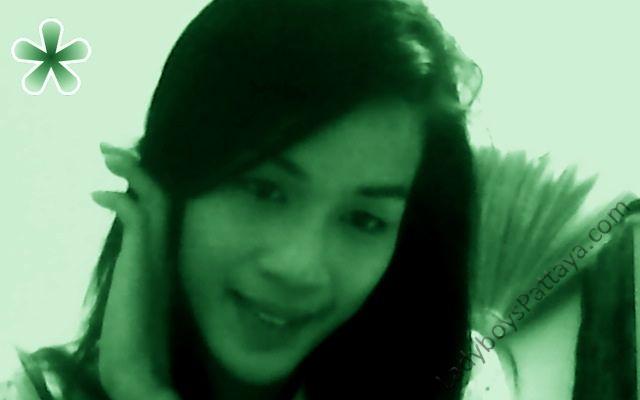 I look at her one last time before leaving.

Her smooth skin, provocative neo-amazonian jaw-line and her bottom, stealing from beneath the covers like my favourite little moon. A glimpse of pubic hair on a round little olive belly as the music begins playing through my earphones and I close the door on the best girl I have ever known. 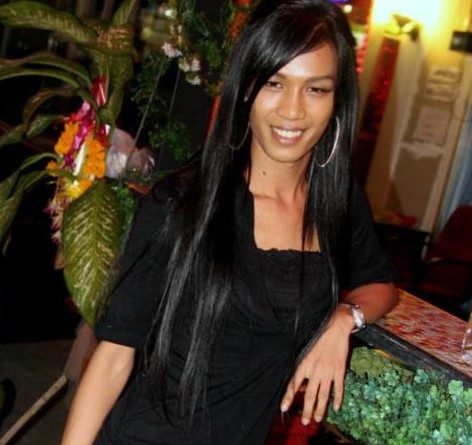 Pearl Jam suck me back in time and give me cause to compare my first effort at love in Bangkok to today’s ease of heart. Their words hold no pain now, their blowtorch flame burnt out by a brighter but gentler light.

Lay spread out before me

As her body once did

In the West, the girl wrapped in my sheets would be referred to as enigmatic because she could not be understood. But she is complicated only as Rubik’s famous cube is complicated. Her complications and contradictions do not come from within and while she may be a puzzle to others she is not to herself.

A woman is exercising alone in the entrance to a food court. Her moves are part thai-chi, part step aerobic. She is someone’s grandmother. A monk is begging for alms from a tiger skin clad woman in dark glasses sitting at a bus stop. She is politely refusing his appeals. Thailand is never what it seems. The guide-book Thailand is just a ‘rule of thumb’, a kindergarten sum of its parts.

Revolved around her soul

As the earth to the sun

Now the air I taste and I breathe

Has taken a turn

There is only one rule of living here; sabai-ness. It’s a harder lesson to learn, because of its apparent simplicity. It is a lesson that must be learned in the body not with a questioning, questing intellect. Sophistry cannot solve this riddle. One must cross the Rubicon and ‘see’ only in looking back.

All the love gone bad

Turned my world to black

Tattooed all I see

All that I am

All I’ll ever be

The picture of the king is twenty-five metres high, a kind of towering moral teacher, he reminds me of a Stalin of a different doctrine.

Around the corner I am confronted by my bête-noir. He is approaching me with a ready smile and already hooking his battered white helmet from the handlebar of his motorcycle. He is a dumpy looking Thai; short in the leg and stout but his fingernails reflect the sunlight in pink shades. 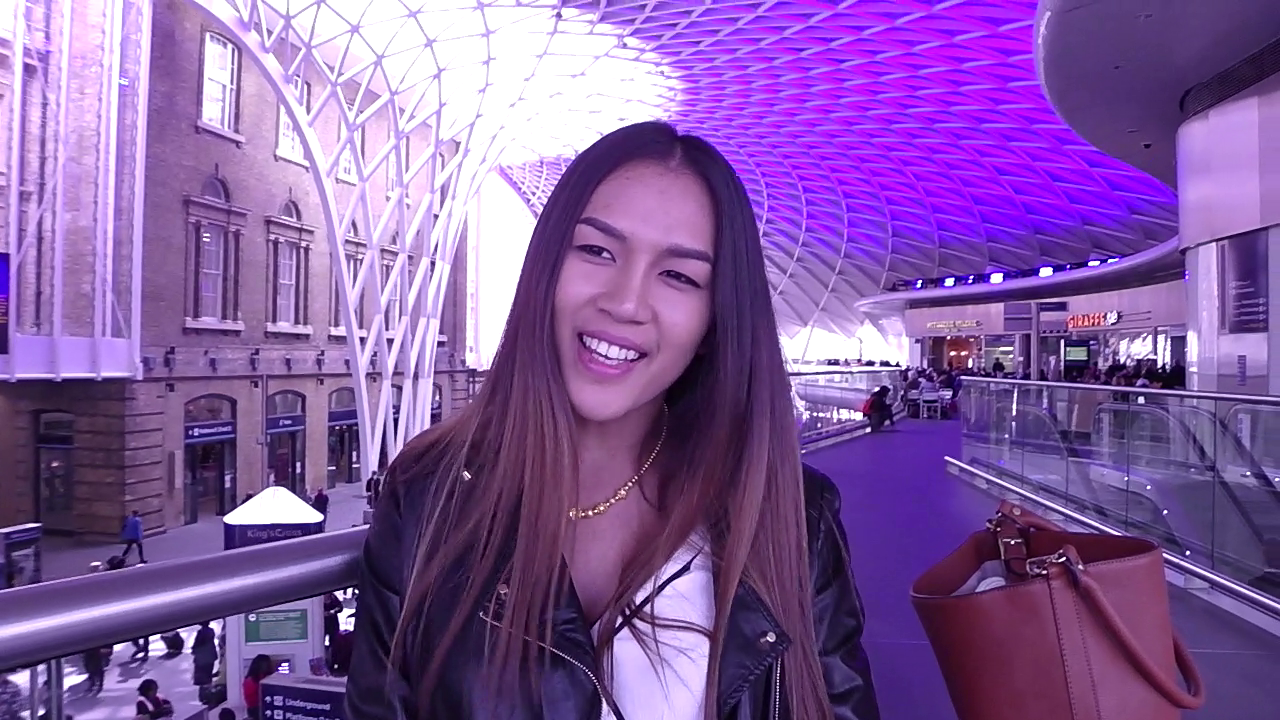 One evening, perhaps three months ago Annie and I, coming home from some debauchery on Sukhumvit beckoned to the ‘ser si som’ (orange jackets, motorcycle taxi drivers) waiting in the shadows of the Exon building along Phaholyothin. Annie immediately mounted behind by our man and after some rapid checking of the tyre pressure and ground clearance designed to bump up the price later, I climbed aboard another motosyc.

Annie got to our den in the woods before me and was laughing as the taxis drove away together. ‘He ladyboy’, she said. ‘He tell me I very lucky have good boyfriend, he say he have but not good Thai man, treat him bad.’ She has said this in a rush, without pause in her excitement and I can’t understand who is the ladyboy she is speaking about. ‘He, the taxi driver’. ‘He is not a ladyboy’, I say, I saw him, he is just a gay man’. She takes a mockingly deep breath and sighs at me. ‘Why you stupid man? He ladyboy same, same’. ‘The same reason you stupid, little girl,’ I say. ‘Diao, diao,’ (wait, wait, you’ll be sorry) she says as is her way. 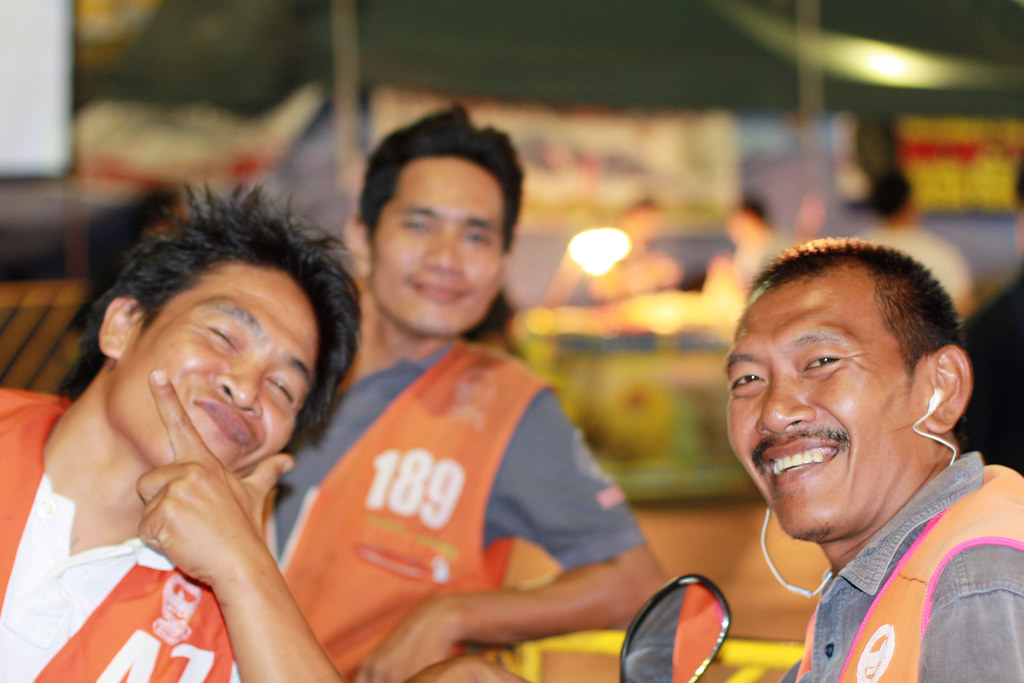 Every day as I travel to work the same ‘ladyboy’ moto rider is waiting for me. I am not made happy by this daily occurrence. His motorbike is the oldest of the fleet; bent foot-pegs and a battered, tiny seat. It feels like sitting on a knife blade, albeit, wrapped in a tissue. As he approached me today I found myself enviously eyeing the other motorbikes and thinking, ‘Why can’t I go to work on that one?’ Then it hits me that what I am experiencing is ‘Greng- Jai’. It is that much discussed and argued about cultural peculiarity that forces me to shudder through the bones of my ass on every bump we ride over. I don’t want to offend the guy by asking for another taxi. I realise that this feels a little like ‘English politeness’ and another small wormhole of cultural assimilation has been mined in my farang brain and more crucially, felt in my body! 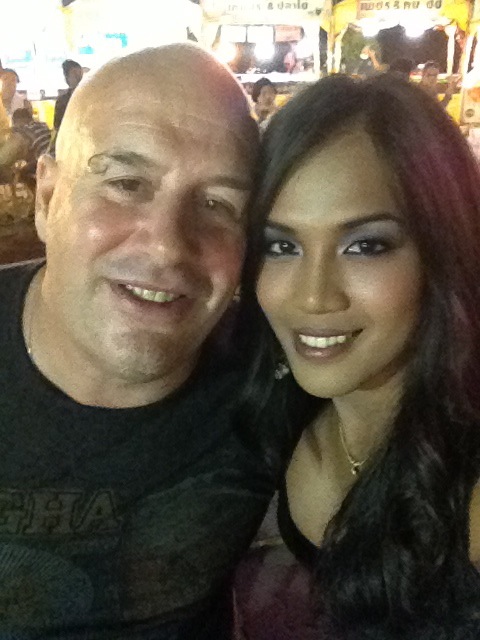 I travel by motorcycle taxi far more frequently now as they are less frustrating than taxis, that are, at least in my experience, safer, but stress inducing. Annie and I made a flying visit to Pattaya a few months ago and took little luggage with us. We caught two motorsycs at the bus station and spent 15 minutes racing each other to the Soi Bukaow area. Dangerously diving in and out of traffic and overtaking each other, the riders got competitive. It was crazy fun followed by crazy love-making and drinking!

Just don’t pick a motorcycle driver with the number four. Its inauspicious as it’s supposed to be the number of death. Although in that context it may be a lucky thing? After all, the driver is not dead is he!