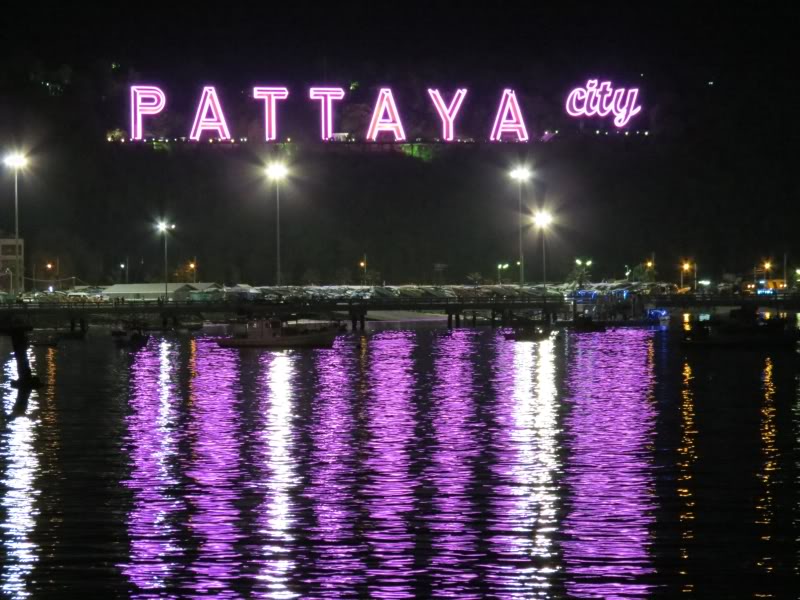 The lights of Pattaya reflect off the water and add colour to the velvet blackness of the night.

It’s 1 am and the rooftop pool is a languid green. It’s a tiny lagoon about 12 metres square trapped between the thrusting towers of the surrounding hotels clawing their way toward the sky.

The Pattaya city lights are changing colour and glowing,  flashing in the darkness, sending out sparks.

We catch the tiny elevator downstairs still in our swim wear. The door opens and we are caught snogging by a fat, rural Russian and his fatter wife. This gives me great pleasure and amusement and for the first time in Pattaya we make a Russian look away. England 2, Russia 0. Get in there!

Back on 2nd road another Russian steps so close to me that I say, ‘ what do you want?’ He lurches and looks surprised. There are so many of them and they are everywhere. This is no longer ‘our’ place. The Western star is waning. The Slavs all stare and stare with no sense of grace or warmth or even sentience. They stare at Annie because they have never seen anything like her and they stare at me because in their own hideous country anyone different is likely to be hunted down and attacked. Physically handicapped people, gays and people of colour stay indoors. Neo-Nazi skinhead groups roam the streets of Moscow looking for someone to vent their anger, frustration and dissolution on. 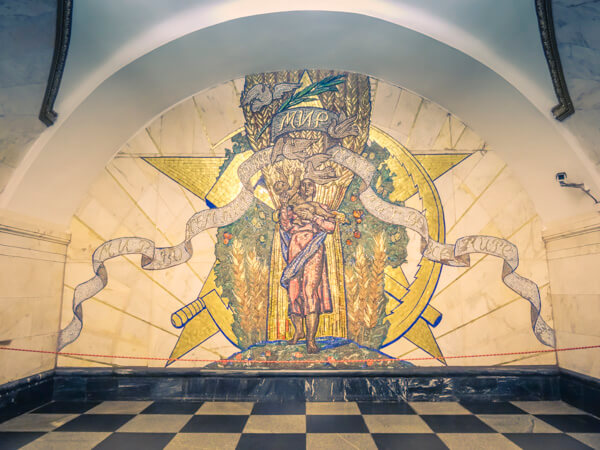 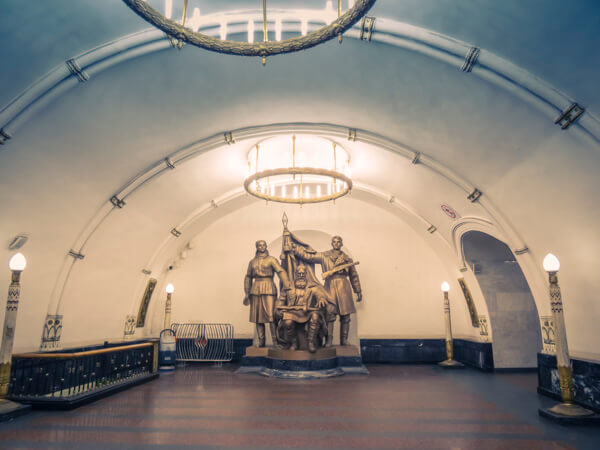 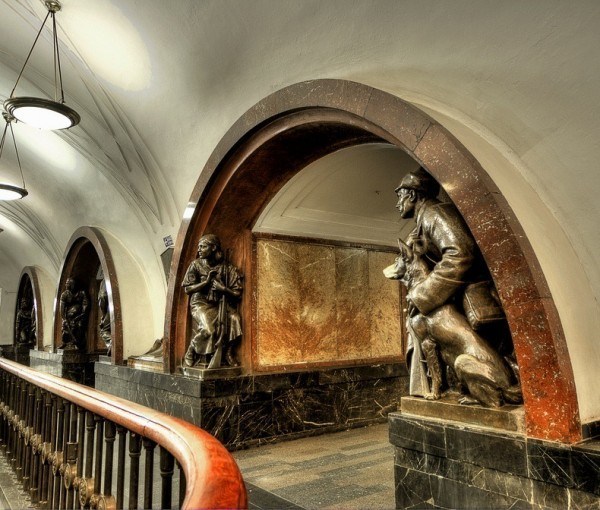 It is however a country of great contradictions. The Russian soul is indeed a beautiful thing, sad and yearning for a lost age and venting it’s dissolution on those outside the iron curtain that fell and shattered all Russia’s allusions.

I remember asking my Russian girlfriend of some years ago, why there were no handicapped people on the streets of Moscow. ‘Why would they want to show themselves’, she said! I stuck my hands deep in my pockets as we walked home .

From Patriarch’s Pond to the metro I felt like a spy but knew the devil was not going to appear again in the park as he did in Bulgakov’s novel. She was walking by my side. Olga had already spilt the linseed oil of equality.

Fooling around in the Pattaya rooftop pool I told Annie she had no respect and teasing me in return she floated onto her back and lifting both feet out of the water placed them together as if they were her hands. ‘Sawasdee Ka’, she said, laughing and making me laugh too. The truth is though that even the rudest of Thais have so much more respect and good grace than the Slavs. It’s just that Thais lie so much more than any other race!

Walking through the throngs of sunburnt Russians on Beach road is to be recommended if you are drunk on Siam Sato and easily angered.

Sato tastes like strong, white wine but costs 25 baht for a large bottle the same size as a big bottle of Leo. Originally from Isaan and made from ‘cow niao’ or sticky rice, it’s a hangover in a bottle but just too good to avoid.

The tourists stare with a mixture of disgust and fear. I stare back, on the street and in the 7/11 as they openly nudge each other and gossip. This is not Bangkok and I know I am not going to put up with this for long.

Russians are equally manner-less in their own country. Try holding the subway door open for someone in Moscow and you will get mown down by scowling Russian men. People seemed to come in three main groups during my snapshot visits there.

The first group is made up of all the men: black coats, fur hats, unsmiling and charmless. ‘Why I should smile? I am your clown?’ Or younger men in their dirty, pseudo American sports kit and their shaved heads.

The second group is made up of all the women over fourty. They look much older. Old in the same way that old ladies in the England of my childhood looked old with hunched back and wizened face; babooshka carrying bundles of shit on their backs to sell down in the metro or on street corners.

The third group is made up of all the young women. Beautiful, poor, desperate to leave Russia and with probably one set of good clothes and lots of make-up who have come from the heinous provinces to hook a foreigner or sleep their way into a better job as a rich Muscovites mistress. 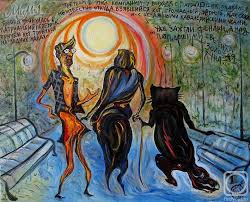 In those days; 2002/4, Russians could not move from province to city without papers allowing them to do so. The police regularly stop and question citizens especially if they are pretty.

One girl told me that the police arrested her because she did not have papers and took her to a derelict house where they offered her the right document for free providing she fucked them. She agreed.

In lots of ways Moscow is similar to Bangkok. In common they share corruption, traffic, pollution and beautiful but poor women.

But where Thais share a love for the King and a pride in their country, despite it’s poverty, the Russians have an almost universal love of the ‘russian soul’ coupled with a desire to get the ‘fuck out of their country’. Both nations have experienced years of indoctrination. Funny, that!

Russian women consider the men worthless, drunken, jobless millstones. Where have I heard that before? Like the Thai men, Russians often drink together in small social groups on street corners or near the metro steps. They also drink beer openly on the metro on their way home from their job, if they have one. Unlike their Thai counterparts they are often openly hostile to other people especially foreigners. Like their Thai counterparts, they stare at foreigners who have indigenous girlfriends. Unlike the Thais, their manner often suggests violence of the most extreme kind is about to be perpetrated against said, unhappy foreigner. 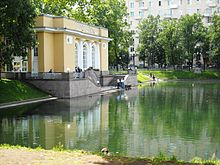 The bad and moneyed take a different approach in Moscow.

Midnight’s sauna trade is where it’s at for the feckless and footloose. After the nightclubs, they open invitingly to any Muscovite who can persuade a Russian chick to accompany him, or equally as likely, threaten her into a ‘date in the sauna’.

The mafia walk the streets, make deals and park their Mercedes in the pedestrian areas quite openly. ‘Don’t look’ said Oksana, my date, one afternoon. I looked and the Mafia looked back. I felt like I had escaped with my life. A feeling of looking into my future and seeing nothing crept over me like a black cloud enclosing my heart. 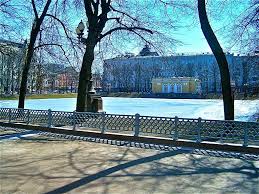 The black girl in the money exchange booth at Heathrow asked me why I was going to Russia, ‘ Are you crazy man?’

‘No, I said, just looking for something different’.

Annie and I get off the street and sit down to eat in a typical Thai place. Outside at a polished steel table are a young couple. Hippy dress, piercings, braided hair. They look like they belong on Kho San road not here with the package tourists. They stare at us the whole time we are ordering our food.

When I go out for cigarette, he approaches me for a light. Tentatively he says, ‘ excuse me, you know your girlfriend is not real girl’ in a thick Russian accent. I tell him ‘Yes’. He says he just wanted to be sure I knew. He thought he was being a good Samaritan. ‘She’s my girlfriend, we live together in Bangkok. I know she is not a girl, she’s better than a girl, she’s yingwa.’ I tell him. He smiles, ‘ Ok’, no problem. He was young enough to imagine that while he and his equally young girlfriend could recognise a ladyboy, I, in my dotage, obviously, could not. 555. They were nice people, we chatted for a little while. They left.

My abiding memory of Moscow though is of the day that the ‘Black Widows’; Muslim suicide bombers, tried to bomb the Kremlin. I was with Oksana trying to catch a train to the airport amongst the relentless, snowbound Moscow traffic when one of the bombers panicked or backed out and tried to cross ‘Kraznay Plot’, Red Square.

As she did so, her bomb went off, blowing bits of her body all over a group of Russian students on a day out. The ordinary Russians have their troubles too, just like ordinary folk everywhere.

Like a Matrushka, just when you think you are beginning to understand Thai or Russian culture another face appears. 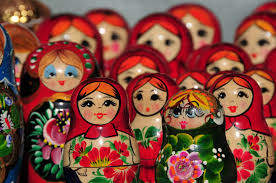