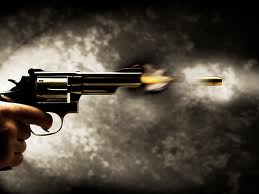 This is an excerpt from Bangkok Baby, by David Bonnie. It’s available on Amazon, Bangkok Books and Barnes & Noble.

I had a reckoning in Bangkok late last night.
Travis rode the silver bullet over the Chonburi state line to be where the action was.
Across the city Beauty shares a cab with J to the hangout on 22.
The made men sit drinking warm beer in the evenings soft heat
The New Yorker pulls into town figures it all out from the signs in the book of Leviticus.
He carries it for the benefit of the strangers that sojourn in this holy land. Keeping the laws of the jungle at bay is a life’s work.
So midnight’s men are met at their rendezvous for the night beneath that giant Emporium sign that brings so much joy if not to us then to the hearts of our Ladyboys.

They are ours, after all is said and done.

There’s a carnival every night out on Sukhumvit and a dance that is measured in steps between the hungry and the hunted as they face off against each other.
Nobody knows which is which.
But nocturnal contracts are made and they disappear together only to reappear alone, empty.
The streets are alive with secret debts overdue, assignations, partings. Promises made, ‘ never again’ and a police siren rips apart the strange sanctity of the Nana Jungle. It’s Big Buddha Night. Again.
In the Nana parking lot the mai tam mesha sport the latest ‘Paris’ fashion. Those fresh from Isaan just sport flesh. Fashion TV plays in the corner bar.
The girls down here are like ghosts; insubstantial, transparent, just a look and a whisper, and they’re gone. Just a whiff of truth or daylight, they disappear. A saxophone is playing a familiar tune.
But beneath the transport arteries of the city two hearts beat, beat, beat.
I am putting paid to a dream. My ancestors have lived it many times before. I have run too much, to far from their words. Running has bought me here. Running, I have lost my home but still I keep on running and now I am crawling, crawling like a black spider . . . and
. . in a bedroom locked against the night the Gun Girl has turned off the Ghost Box as I turn mine on.
Connected, rejected, resurrected.
The Ghost box whirrs in the night air, the stars look down.
The police stand by. Do nothing.
‘Will you catch me if I fall?’ A drunk is repeating over and over as he walks bewildered up Soi 4. He has been here too long, not long enough.
The Tiny Godfather sweats his face free of bread he has not earned, blesses me, washes his hands again.
Baptised by the New Yorker, I know I ain’t got long.
The clock is ticking now, tick, tock, tick, tock goes the taxi meter before it arrives.

Tick, tock go the voices of Beauty and J.

Tick, tock goes the chamber of Gungirl’s revolver as she loads her silver bullet.

Beauty arrives, awkward, thinking . . .too much. We go to make peace; me, J and Beauty.
All white, all long gone.
All looking for some kind of redemption in the flowers and the long walk from the Temple to the Temple.

To the Temple and Home.

Beauty is cracked. Lost. Asks me for directions over and over.

Watches me for a sign. None comes. I have forgotten my way too.

Across the city Gun Girl looks in the mirror,

moves her hands just so. .

I turn off the Ghost Box too late.

and on a balcony across the burning city a bullet that has grown old in it’s waiting rips through the night.
Shooting me down.
The shot echoes down every soi, blows back the curtains of every house that hides the Molotov cocktails, nail bombs, land mines, bullets, tear gas, and rocks that missed.

Her Love does not miss.
No one watches when the ambulance pulls away
or as the Gun Girl turns out her bedroom light.

Outside The New Yorker shakes his head, knew what was coming too soon.
An honest stand will hurt you in this city; leave you scarred, dangerous.

In the morning Travis and the New Yorker walk among the lovers through the fallen cherry blossoms outside Benjasiri Park.

Travis: Wabi, feckin what?
New Yorker: Sayonara Sakura. You had to fall.